Series: The ABC’s of Professionalism

Professional language is a skill and a discipline that reflects feelings and personal character. Language includes both spoken and written words. When spoken, it includes words and sounds as well as voice inflections, facial expressions and body language. Language is a highly visual medium. That’s why it makes sense to say, “Watch your language.” and “Read my lips.”

“Get in touch with the way the other person feels. Feelings are 55% body language, 38% tone and 7% words.” — Source: thinkexist.com

“The language of the body is the key that can unlock the soul.” — Konstantin Stanislavsky

Language is usually equated with speech. But, it is also at the heart of the human thought process. People think and act within the framework of their language(s).

Language is a powerful force used for good or evil. This makes language a tool of one’s intentions, which in turn is submissive to one’s character.

“Language exerts hidden power, like a moon on the tides.” — Rita Mae Brown, Starting From Scratch, 1988 (also attributed to Alcaeus)

“The assassin and the slanderer differ only in the weapon they use; with the one it is the dagger, with the other the tongue. The latter is worse than the former, for the first only kills the body, while the other murders the reputation.” — Tyron Edwards

“‘Careful with fire’ is good advice we know. ‘Careful with words’ is ten times doubly so.” — William Carleton

“Hypocrisy can afford to be magnificent in its promises, for never intending to go beyond promise, it costs nothing” — Edmund Burke

“Go put your creed into your deed.” — Ralph Waldo Emerson

Words can empower others, sometimes with a subtle change in phraseology.

For example, compare the following two phrases and ask which one treats the person as an object:

A professional communicates effectively not just by the words he chooses, but also when he uses them. Silence is an element of language and knowing when to remain silent is a key aspect of professional language. Precision means the right words or no words at the right time.

“Accuracy of language is one of the bulwarks of truth.” — Anna Brownell Jameson

Language is either the polish or the tarnish on one’s reputation.

“We can learn much from wise words, little from wisecracks, and less from wise guys.” — William Arthur Ward

Some of the most polished professionals I know are capable of uttering a profanity or vulgarity when they are overcome by anger or other intense emotion. This is a forgivable offense and not necessarily a permanent blemish on their professionalism. However, professionalism is compromised when offensive words are standard fare in a person’s vocabulary. It indicates a lack of respect and self control as well as a limited vocabulary.

It’s probably fair to say that people are not always aware of their own improper language. An example that comes to mind is the phrase, “Oh my God!” If someone says God’s name and is not speaking to or about God, he is using the Lord’s name as a slang word. Regardless of one’s religious faith, professionalism means respect toward the sacred words and symbols of others.

“You shall not take the name of the LORD your God in vain, for the LORD will not hold him guiltless who takes His name in vain.” — Bible, Exodus 20:7

So what does all of this stuff about language mean in practice? A comprehensive list would be too long to include here. Still, I thought it useful to provide a few places to start. 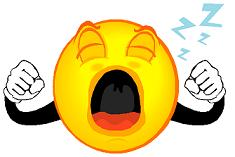 “The eyes have one language everywhere.” — George Herbert

Together, all parts of language reflect and define who we are. A dedicated effort to improve one’s language will pay huge dividends.

“The game of life is the game of boomerangs. Our thoughts, deeds and words return to us sooner or later, with astounding accuracy.” — Florence Shinn

“Kind words, kind looks, kind acts and warm handshakes, these are means of grace when men in trouble are fighting their unseen battles” — John Hall

In the end, what matters most about our language is that it is heartfelt, kind, respectful, and in all other ways consistent with the definition of a professional.